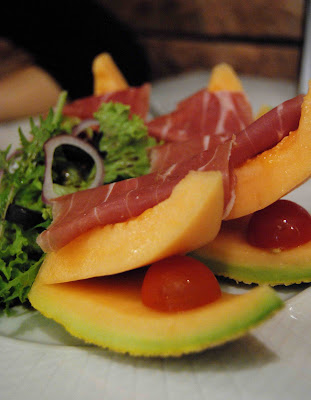 If I have the supernatural power to read one’s mind, I want to know what the heck is in your mind.

If I can choose to be someone for a day, I want to be you cus I want to know what the heck is in your mind.

If I can wreck one’s head to read one’s mind, I’ll choose you cus I want to know what the heck is in your mind.


This is how it started…

It was a total put off when I saw the name of this restaurant. Spizza? How uninspiring.

But I keep in mind what my mum always tells me, ‘never judge a book by its cover’. It is as good as telling me not to judge a guy by his under-average height and over-average weight. Erm, my apology.

It proves my mum right (again) as I read the story behind the name of the restaurant ‘Spizza’. The menu was interestingly portrayed by the individual names of each dish.

· 12 starters named after the emperors of Rome.

I wonder what were you thinking when you created Augusto. Why would you pair Sliced Parma Ham up with Rock Melon? A pig and a fruit? That disturbing thought just came across my mind. Somehow the saltiness of that piece of ham blended well with the sweetness of rock melon. Lovely. 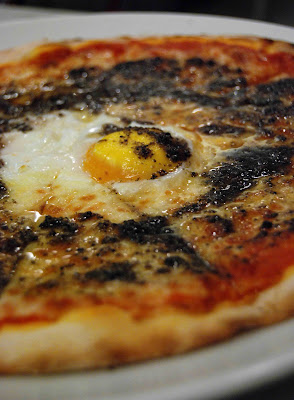 Out of the 23 Italian women, we went for Quinta for the night. All because of the black truffle sauce.

Quinta came to us with a simple presentation, down to earth and unpretentious (just like me). It was topped with black truffle sauce and an egg, only.

I’ve never tried truffle. I was so amazed when I learnt about how much one gram of truffle can cost and how French glorifies this ugly fungus as ‘the diamond of the kitchen’. 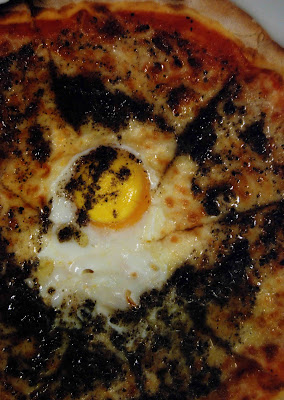 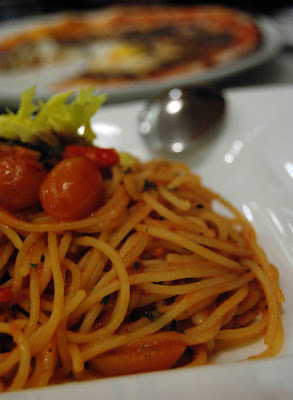 While some people describe men as pizza and women as spaghetti, for us, it is always the opposite. Spaghetti is never my thing. So when I was asked to choose the type of spaghetti sauce. I suggested having ravioli instead, at least it is more like eating ‘sui kow’ (Chinese meat dumpling) mah.

He showed me an irritated look. Fine. We’ll go All’arrabbiata then.

I didn’t have much of the arrabbiata. It was like spicy tomato sauce, yet I still topped it up with chilli flakes and black pepper. He claimed that the spaghetti was the best dish of the night so I guess it is worth trying if you choose to dine here. 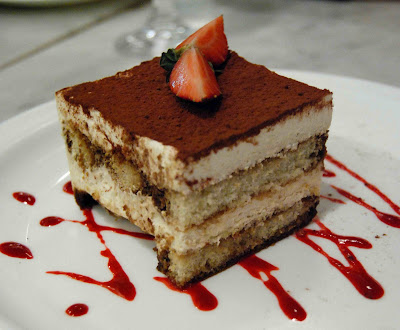 The Homemade Venetian Tiramisu was named after Turandot. Irregularities were suspected as we sank our teeth into the spongy texture. Orange liquor instead of brandy was being used and the plate came decorated with mulberry sauce.

xiu long bao,
You only know how to make my saliva dripping lah! hehehe. I haven't had wood fired pizza for as long as I can remember. Here, we only go to pizza hut! *Uekkk*

Eh, I still haven't got the time to send you the paste leh. Maybe I can only do it next week. Hope you don't mind hor?

I'll be going outstation to Johor next week... going to be a very very tight-scheduled trip... sigh...

Anyway, with your last comment on the food portion, I think they miss out the whole point of being Italian. Aren't they suppose to feed the freshest to the customers well and make them feel at home? I love Italian food because of this but sadly no restaurants have live up to that because mostly are fine dine places. The closest would be Italianies.

Enough blabbering...hehe...How was the stalls at CK Tang?

Who showed you an irritated look? The man with hair in the nipple? :p

I like Arrabiata leh (okay, this makes me not so Italian but I'm still a Chinese anyway).

I can imagine the sweetness of the fruit in the pork.
Yummy

Hey Mery mrry Christmas and don't forget to party and a forward great New Year too.... from us two, Sunny & Sidney!

Hello hello. How've you been. I haven't heard from you for a long long time.

kok:
hey ya, I think i'll be getting the parcel soon gua...might be delayed due to festive season. Thanks ya :)

cokeworld citizen:
haha...I get sick of japanese food once in a while. Somehow I'm going italiano more recently. Italianies is really unique. I've not seen restaurants that serve such a huge portion of italian food.
:I I've yet to try the 'You Tell' at CK Tang. Supposed to but ended up shopping and totally forgot bout it :p

simon:
woahh...who is that??? Never peep into it, no idea if it comes with hair...man this is gross - X rated.

joe:
Price is ok. Anyway I went there for the sake of Black Truffle.

joycy:
Heya, thanks for dropping by. The melon was really good and paired up well with the sliced ham. A good try :)

BBO:
Happy new year to you and Sunny too!

Timothy:
Hey, long time to see :) The last time I saw you was before moving. I can tell that you are doing great with salsa there. Keep it up!