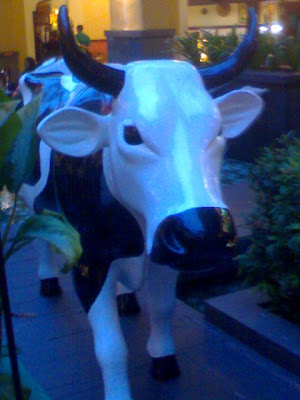 Last Sunday, I went to IKEA to shop for a few bundles of pussy willows. OMG, it was so jam-packed with families and the kids were playing around at the show room. We immediately head off to the market hall to get our to-buy things and went to the Curve to get a peace of mind.

It was nearly 7 and Char Siew Bao suggested Marche for dinner. I don’t really feel like having western food cus I believe that I had enough potatoes, broccolis, pastas and rocket leaves back in aussie. But anyway, I decided to give Marche a try as I was attracted by its ‘buffet-like’ concept.

This is my Marche passport. You will be given a passport at the entrance of the restaurant and remember not to lost it! Or else you will receive a RM200 penalty, which will then be donated to a charity of your choice. Haha… sounds interesting. 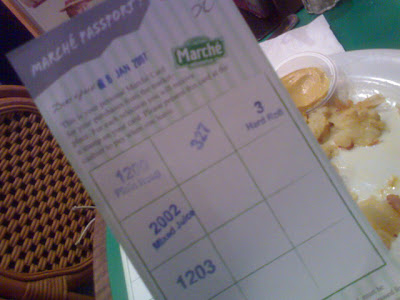 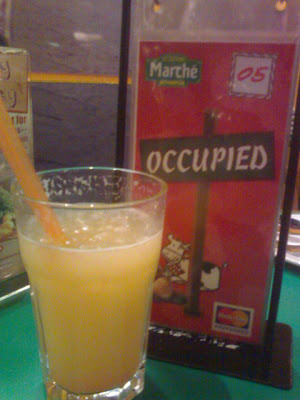 I ordered a plain Swiss Rösti (RM8.50) from the 'Switzerland' Counter which looks delicious. You can opt to add grated cheese which will cost you another 5 bucks. The Rösti turned up to be nothing special, just grated potatoes (eww...) mixed with lotsa fat and then baked in the oven. 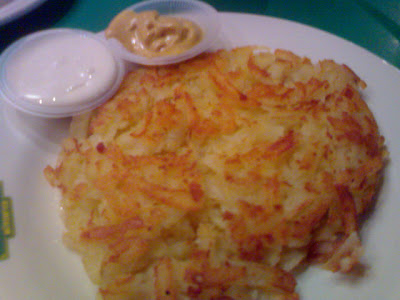 There is this mushroom counter which serves different types of mushroom dishes. I took this yummy saute mushroom, priced at RM 8.50. The portion served was so generous that I had a hard time finishing 'em. 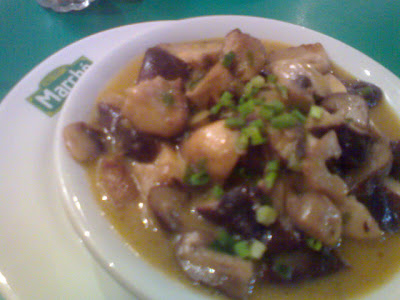 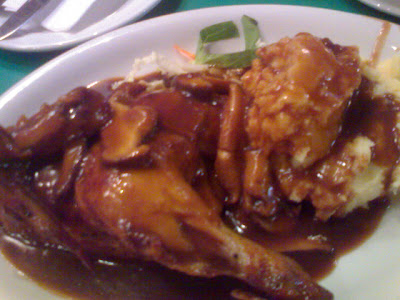 The desserts displayed at the counter were somehow not so appetizing so we went to just dessert for honeydew and mango loh (RM 6.50). The shaved ice serves as a gud refreshment after a stuffy meal but I still prefer KTZ's mango loh. 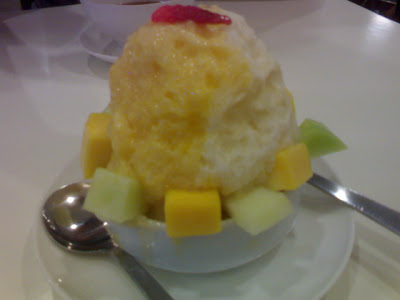 yea potatoes, tell me about it!!!

me_exist87: no worries, more WHOLE unpeeled potatoes comin up in ur lunch n dinner plates in the nxt 3 yrs :O thinkin' of self catering?

I find the food there so so and not worth the price that they are charging. Been there once and have never been back!

wmw: yup...agree wiv u dat the food is disappointing n pricey too!

what wmw is true. I feel the same too.

Well, i think the food over there was average. But the concept was quite novel though! Plenty more to improve on!

team bsg: hmm... wonder y marche is always full hse, maybe all are 1st timers but the food is really so so only.

meiyen: haha...yet to giv the sg's outlet a try. So u been there?

Yeah, KL's Marche is so dissapointing, think it must be the operator as the other outlets in Singapore tastes so much better. I kinda boycott this place whenever we visit the Curve.

dear.. can you get the PHONE NUMBER..
thank
when come to swiss i buy you dinner