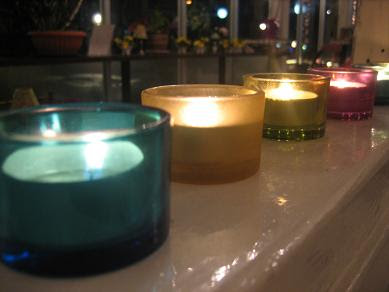 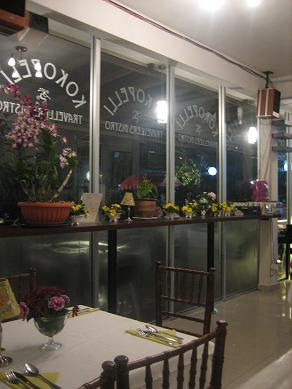 Apparently, the owner of Kokopelli used to run a restaurant @ Royal Selangor Club with its specialty dish--CHAR KUEY TIAO it is!

Before presenting the killer dish to you, quench your thirst with some mocktails with funky names.
I had the 'Car Pool' (RM8.90) which is essentially carrot and apple juice. Wonder why they named this glass of fruit n' vege juice as mocktail...hmm... 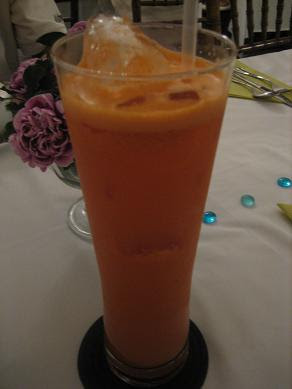 Wasabi had 'Come fly with me' (RM7.90). Interesting name with cherry juice in sprite. 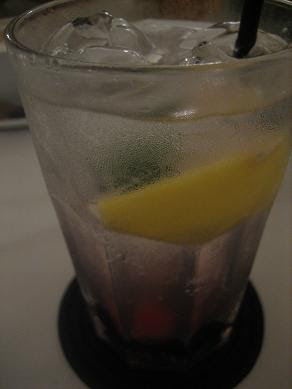 Done with the drinks, now I shall present to you the must-have dish from Kokopelli--Spicy char kuey tiao! Very reasonably priced at RM8.90 but without skimping on the ingredients, the plate of nudles is full of 'wok-hei'. Just wonderfully delicious! 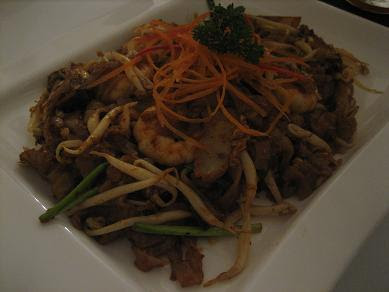 Wasabi is enjoying her plate of char kuey tiao. She can't believe it when she finished off the last strand of kuey tiao. *I walloped one whole plate of nudles!!!* 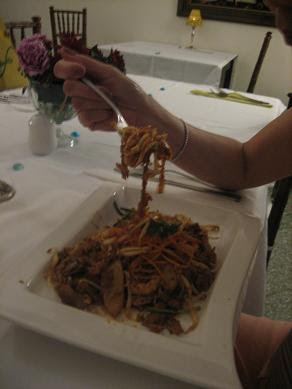 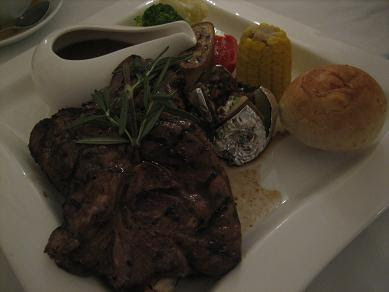 Priced at RM20.90, the serving is generous enough with 2 big pieces of lamb and some side dishes like baked potatoes, corn on the cob, bun & roast veges. 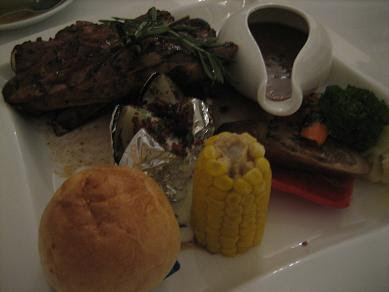 But medium well seems to be not a really good choice as Oolong tea had a hardtime chewing the meat, just stick to well-done when it comes to lamb.

And lastly, my cauliflower & brocolli gratin (RM7.90). Sounds healthy but not. The big fat vege chunks were baked in sinfully creamy cheese. Thumbs up! 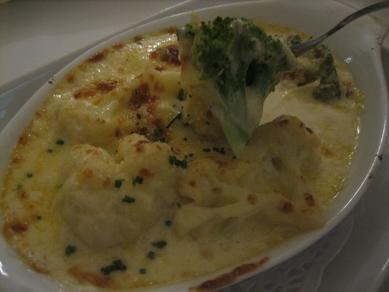 The dessert selection is rather limited, you can pick your fave cheese or choc cake from the dessert counter. That nite three of us went for a slice of Strawberry cheesecake (RM6.90). Tasted fine, I luv the lite and sourish strawberry jam layer. 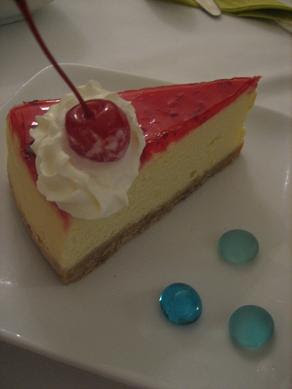 The service was overall attentive, the owner--Ariff came to greet us too and that was how we got to know that he has been char-ing kuey tiao for the past 10 years. Try it and fall in luv with it! 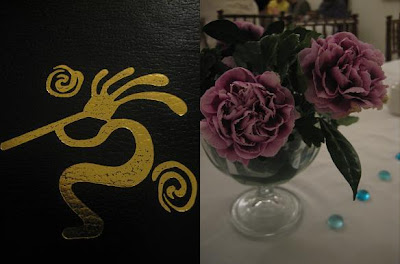 The place looks very pretty. Hmmm, thumbs up for CKT, u say? Okies...will go try it out!

very dark..cant c anything..y u nvr use the phone as lighting hahaha..

Hahah... interesting opening. Mocktails referred to mixture of juices which is non-alcoholic ma...

this place looks cool! hmmm.. where is section 11? i want that cheesecake :D

there are a few stalls wid the name kokopelli at the weld's foodcourt. wonder they're same operator

So going to go this weekend!!

Oooh, looks good. Heard a lot abt the famous ckt and his local produce policy.

have no idea where this place is... *pop over to wmw and look see look see in the map*

joe:
the lighting is abit dim. nobody hlping me to do the hp light mar.

meiyen:
U can call the rest up for direction. They have a few types of cheese n choc cakes worth trying out.

tankiasu:
u going? hope u will enjoy it!

boo_licious:
local produce policy??? Yar, his CKT is very famous, according to the owner :P

kok:
Ooo..poor thing. I understand how u feel , i always crave for msian food when i was in Oz. Hope u manage to char one plate of kuey tiao to fix ur craving :P

jian:
hei, dat CKT was really gud, on par with penang's one :) yummmmmyyy!

csb:
KL not much CKT mar. Where did u have ur CKT oh?

wmw:
can call the rest up for direction. I think that place is near UM hospital's area.

teckiee:
This is a pretty young rest. I have no idea where it was too initially. But do call the rest up n check the direction out :)

Hahaha its believeable cuz I have had really good ckt at 5 star hotel buffet and its fried by an indian man!

haha not all ckt stall in penang veli good lar...edible lar most. lolz

what a nice cutie pie name for the place. Then also yr invitingly cool & hot mates ! they can be taken one ah ?
think must taste as exXquixotic as they sound

Lyrical lemongrass: Shall we?

xlb, the food looks yummy, maybe should start exploring Section 11, where where where?

jian:
but certainly better than most KL's CKT stalls. Ur are spoilt with good CKT lar.

teambsg:
haha...u seem to be more attracted by my mates rather than the good food.

precious pea:
It's near sec 16 n UM hospital area. U can call the rest up for direction. GO go go for the CKT!

WOW! this place looks cute. is it near to suchan?

honeystar:
emm...sort of. In the same area cus i did pass by suchan after leaving kokopelli. Do give it a try :)

hi! i've linked to ur blog thru my entry of the same cafe, hope u don't mind.

The CKT is only so so.
I think it is missing of the main ingri, the pork oil. and the crunchy "kacang".
With the price at RM8.90, we can get the best best CKT anywhere.

The set up is ok, quite and privacy. Seems like not many customer around, it was lunch time.

With the high end price, I think better service and better food to offer. It's price is tag on par with 5star hotel price.

This restaurant also need some specialty on the food, have some direction. Either western or local.

The chef promote too much. Have a small talk is ok, but not longer.

Went there for dinner. Waiter messed up the orders and had to wait for more than an hour for the meal!! Worst part the boss didnt even offer an apology and rude. Scolded us instead for not being fair to his ‘Form 5′ waiters!!! WTF??!! He just picked up the meal that was late and brought it back to the kitchen.. My poor friend not only had to wait for her meal but ended up going home hungry!! P/S food was not great as well and gravy all tasted the same no matter what u ordered