My dinner was not really satisfying that night (quality n' quantity wise).
Called up char siew bao and he told me he is still hungry for food...Aiks, we are gluttons mar.

I was somehow craving for tea n' cakes so we went off to Strudels for their discounted pastries (30% off after 8pm). 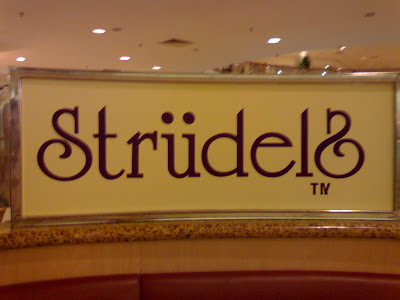 Char siew bao had the Vegetarian Shepherd Pie (RM9.50), it was the only choice left for hot dish. I lurve the colourful salad so much! The dressing was very light n' tangy, tasted something like Malay's acar.
The shepherd pie was good too. Underneath the thick layer of mashed potatoes was a generous serving of brocollis, green peas, carrots and cauliflowers. 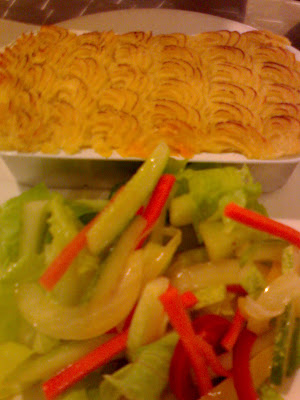 I was so tempted to bite into this colourful fruit tart (RM6.80). The crusty tart case was filled with creamy custard and topped with fruity peach, strawberry, grape, kiwi, dragonfruit and plum. 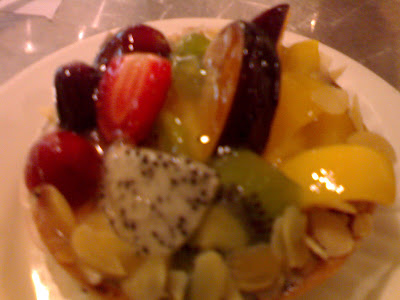 This so-called tiramisu (RM8.50) was a rather disappointing one. The texture was plasticky @_@ Mascarpone cheese n' ladyfingers were nowhere to be found. Just so un-tasty! 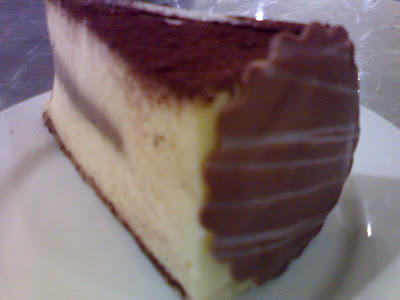 A cup of Cappucino (RM6). Bet you all now who ordered this. You are so addicted to coffee dude. 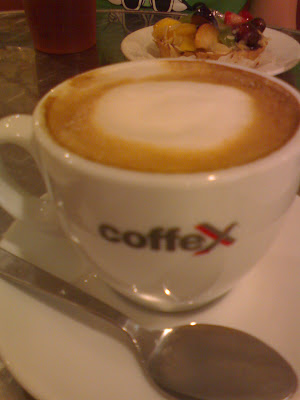 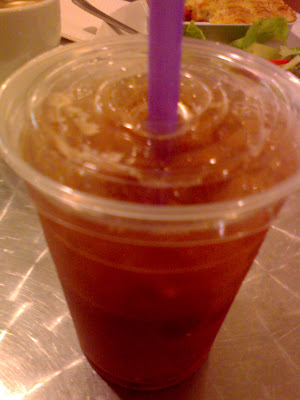 Didn't order their signature pastry--Apple strudels this time. The last time I had it was like 3 years ago, nuthing fantastic n' appealing, somemore they dun give discount for strudels.

Hmm you should order the chocolate cakes.. the once that are baked in logs. Comes in rectangular slices. They are awsome! Very rich!

30% after 8pm? thanks for da information... ekekeke

teckiee: choco log cake? hmm...didn't recall seeing this in the display case but i noe there was one choco pyramid cake :)Must try that highly rekomended piece of cake!

kok: no worr...very goody one?

meiyen: No probs. But no discount for strudels orr.

Err.. should there b ladyfingers in tiramisu?
Thx for d tip of 30% after 8pm. All branches, right?

tummythoz:
haha...do u mean the vege ladyfingers? Err...im not sure bout the other terms, maybe i should use the term 'sponge biscuits'? Cus the shape of the biscuits look like fingers. So some ppl refer to it as ladyfingers...;p

xiu long bao,
Super goody lahhh... Tourists here sure bring a pack of 6 home! It's quite pricey though. If my memory serves me right, it's Aud$17 or Aud$18 per strudel. But it's worth the money!:)

Strudels.. Strudels... I think I saw one at Bangsar. Oh, that's opposite Bangsar Village, at Lucky Garden.

Thanks for the tip on the 30% discount. Been ages since I visited Strudels. I know they have a yummy choc cake with hazelnuts in it. Very rich and moist.

wow!~~ 30%OFF!! What a great news to us!! I love thier pastry base food but not their cakes

nvm, i heard from my friend da salad is quite good?

kok:OMG...the strudel is one foot long isit? so darn expensive! But am sure it tastes bttr than our Strudels' strudles.

jason:yup, quite a few branches in KL. No lah, u lagi fit ;p

boo_licious:Yup, do look for the discount sign at the counter. Teckiee also rekomended their choco cake. Must try it on my nxt visit.

LoL... i remembered we were conned the first time we went there 2 eat. Cut the cashier said 30% discount for "ALL" items... that was untill we bought strudel n realised that there was no discounts for strudels @_@".

So potential buyers beware! 30% discount for all xcept strudel items!

xiu long bao,
it's definitely more than a foot long for that strudel. hahaha! I think I have written a post before on that. Just a touch on that Apple Strudels. It's in my June 2006 post. :)

I like the tea there too. I usually drop by there for drinks rather than food. After all, there's loads of restaurants in MidValley ... but thanks for the information though.

kok: waa...then should worth the price lor. Too bad i didn't get to try it :(

timothy:A good place for a cuppa after 8pm...haha wiv the discount!

2 months ago, i was at strudels, hartamas..very very bad. the cakes we ordered were very dry and felt like it was left in the shelf for weeks..eeewww..

sc: haiz...i think most of the cakes from strudels are not triable. Not surprised to find their cakes stale cus their biz is not dat gud.

xiu long bao,
Come to Perth yourself and you can try it liao. ;)

mark: wow, the coffee is dat good till can beat starbucks n coffeebean???