Teambsg, please believe me that I'm a glutton...haha =)
Apologies for not feeding you all with food pics recently as I have just moved to a new company @ Damansara Heights, near Nigel's new shop btw. Of course I still pig out as usual, took lotsa food pics...finally with my camera, so no more blurry handphone camera pics. Stay tuned!
Friday 25 May
Lunch @ Albert's Cafe, Hartamas 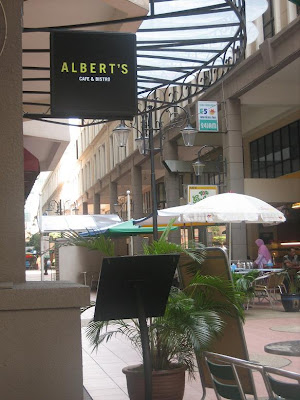 The good thing bout my new job is that I get 2 hours lunch break every Friday, yippee... as this will allow me to do more food hunts during lunch time.
Last Friday, the three of us--tankiasu, char siew bao and me, a.k.a 'Damansara Heights corporate slaves' (named by tankiasu) met up @ Hartamas for lunch.
We walked past this Albert's cafe located @ a quiet corner with no other patrons and thought of giving it a try. Good for taking food pics actually without attracting unwanted attentions.
All of us ordered the value set lunch, priced @ RM13.90. We took up all the 3 varieties available, ie Sandwich set, Chicken set and Lamb set. All sets come with a soup as starter and a glass of lime juice. 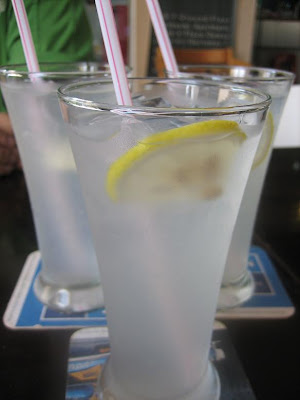 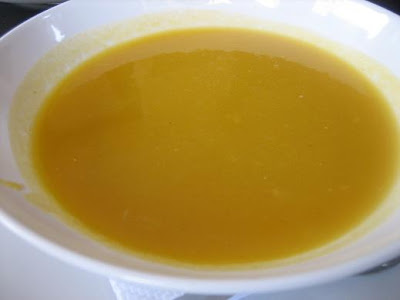 Tankiasu commented that this pumpkin apple soup had a weirdo medicine taste :I For me, the combination was rather extraordinary, pumpkin soup base with apple chunks? err....btw, I didn't finish off the soup. 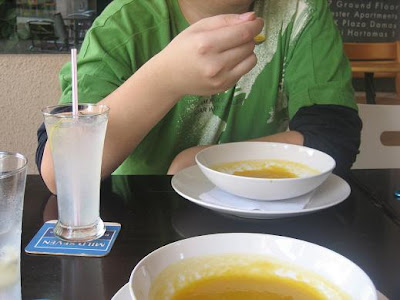 Tankiasu having his medicine soup. Casual outfit for him since it was Friday dress down day. 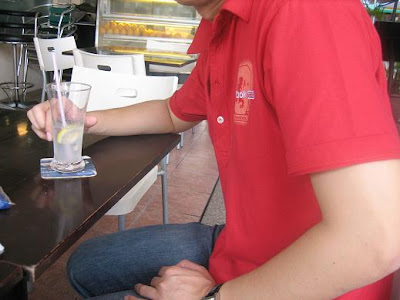 Casual outfit for char siew bao since it was his curi tulang day. Oopppsss...I mean off day.

No pics of xiu long bao since nobody offered to take pic for me. 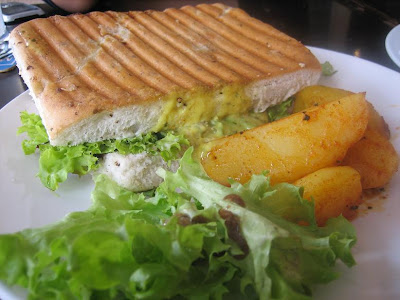 My Chicken Panini Sandwich with salads and roasted potatoes. The portion is big enough to feed one glutton. 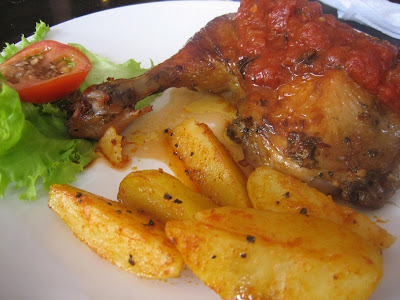 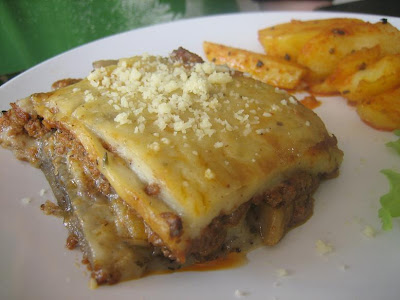 Tankiasu's lamb moussaka which looks like lasagne. The minced meat are layered in between cheese and aubergines. Interesting.

My dessert--Apple crumble with vanilla ice cream. I finished off the ice cream and left the rest to char siew bao....the apple crumble was microwave heated and it doesn't taste that nice too. 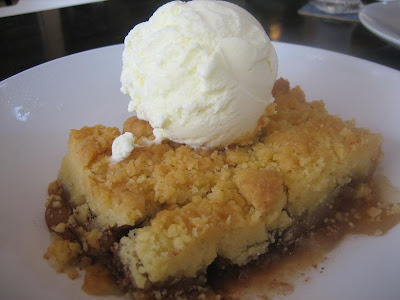 Paying @ the counter. Looks like they were having a serious discussion..haha 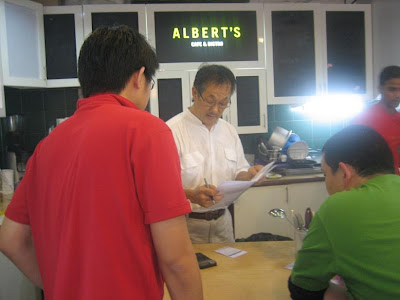 Meeting adjourned @ 2pm but we were not done yet...

Tankiasu asked us to join him, kampungboy and citygal for dinner/supper @ Jalan Alor later the day. The tentative plan was to meet up @ 8.30pm, called up tankiasu but he was still in the office, while kampungboy and citygal were busy packing things as they were evicted by the owner right after their exams ended.

Till 9.30pm...Our stomachs were already growling so CSB and I headed off to Jalan Alor for dinner first.

We were scratching our heads on where to have dinner...and then....*ding* I recalled that precious pea and friedchillies have reviewed bout this Restaurant Muar earlier on and I was craving for some icy cold chendols too on that hot day so we decided to give it a try. 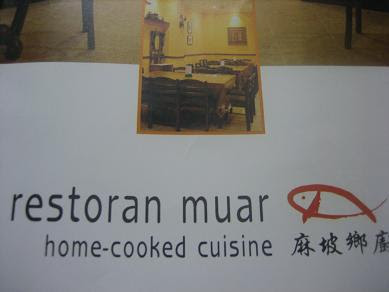 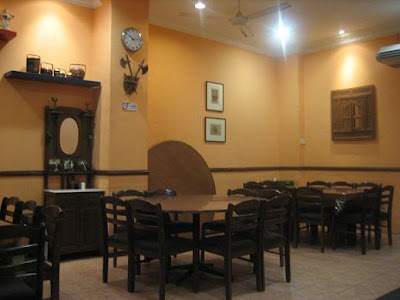 RM1 chendol!!! So cheap and delicious too! I can have 3 bowls of this actually. 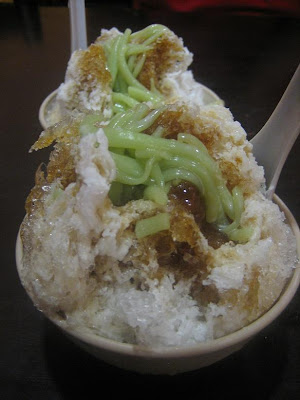 Sambal petai + sotong + prawns (RM16). This dish was recommended by the owner, one of their 'must-try'. Thumbs up for this as the homemade sambal was very yummy to go with petai, sotong and prawns. 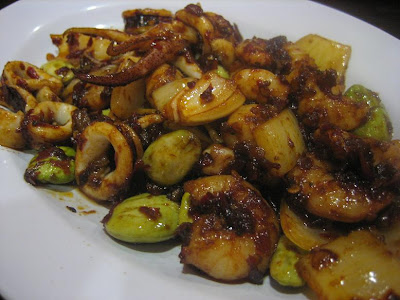 Authentic muar otak-otak. Served steaming hot with a dollop of sambal. Again a great dish, the best otak-otak I have tasted so far. 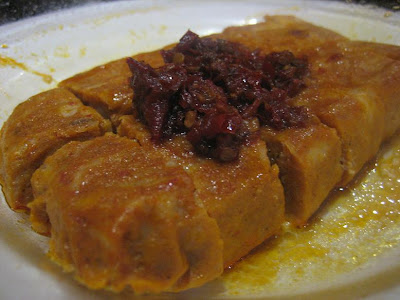 Simple stir-fried french beans like this were surprisingly delicious too! 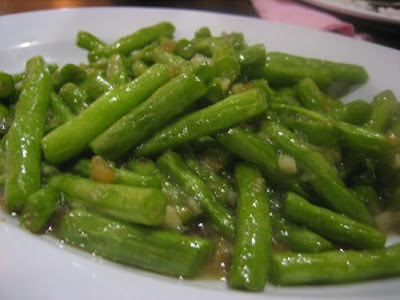 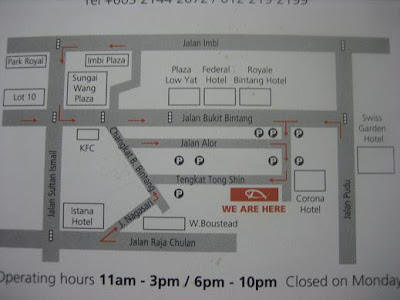 It was already 10.15pm after we had our dinner but kiasu, kampungboy and citygal were only on their way to Jalan Alor. 15 mins later we decided to leave since we have nowhere to go. Actually I was very concerned bout our safety while loitering along the street, having heard of all the snatch theft cases.

Finally, the end of my gluttony day...

kampungboy n' citygal: Good to know that you two are joining the Damansara Heights corporate slaves group later when you two start work...haha

LoL! I wonder how many pounds i gained that day... i think i makan too much!

I'm certainly impressed!! Looks like a good selection of food there. Haven't been to any of those places, so must try one day.

thank god i nvr offered to go ar..if not i will be the lamp post..actually i could have gone after happy hour (i missed the klue dinner =( so i had to redeem myself) but i was definitely too drunk..

No wonder your recent pictures were looking good. ;)
Ahemm... CSB, you got that? next time gotta remember to take photo of XLB.. :D

CSB: oklar, i can still hav another bowl of RM1 chendol dat day...

citygal: harlo from damansara...no worries, too bad cant meet up wiv u before u went off to korea...i hav got a shopping list for u ;p nah, just kidding. Hav fun!

joe: hey, dat day was the May's KLUE RSVP rite? No prob lar, we can always eat out together one.

jason: haha...yar, i finally braved myself to take out my camera. Hey, june is nearing. Where are u going to work? Wana go makan?

Wahh...sedap sedap. Next time can invite the Mont'Kiara Corporate Slave (me) also ar???

precious pea: u work @ mont kiara? so nearby only! of cus can lar :)

Don't kill me!! I was in my office because I was waiting for kampungboy and citygal come to my office first. Kill them ok? Minta ampun, berjuta-juta ampun!

XLB: Cheras leh... the other side of the world lol. But can let me know if there's any makan session :)

wei..sorry for taking the last pieces of choc durian from JHP and Chef n Brew!! haha i am sure i just did a favour to Nigel..because u guys have to go again..wahahah but dont worry you guys look like u can take the xtra calories

tankiasu: Okay, buy us dinner then i'll let u die another day...wahahaha...

jason: waa cheras...quite near to KL actually. U do research on cheras good food then we come to ur new place to makan...hehe

joe:hmp!!! im so deprived! Waddya mean? U noticed dat our stomachs are big enoh to take in more calories ? haha...

meiyen: yalor, was impressed by the 17 pics dat i hav uploaded in this post...so much food...guilty leh.

Hahaha....though I work from home most of the time, my office is also in Plaza Mont Kiara. Same as Precious Pea. Wah, so many people in that area can only mean two things 1)More Floggers Meet 2) More Floggers Fight Over The Remaining Desserts at JHP! LOL...

Don't think I have come across Albert's in Hartamas. Looks like a fun time you had and the cendol looks so good.

xiu long bao,
My uncle last time ate petai raw with belacan. And the petai were smelly!! haha! One of my uncles took a bite of it and straight away went to the toilet and spit out everything. :P

boo:That was my first time eating there too...kinda secluded. Seriously the RM1 cendol is on par wiv malacca's one. Very nice!

kok:yeee....raw petai????actually i dun fancy petai too, duno wat is so special bout it.

XLB: LoL, sure since I notice there's not much review on Cheras. Jackson told me that it's abundant with nice food.

R u enjoying your new office as much as the new food hunting ground? Much clearer pix = more salivation.

jason:yarr...i dun eat out @ cheras dat often cus the traffic is a pain there. But am sure there are lots of hidden gems over there. hey, btw june liao lor now?

xiu long bao,
Have you seen raw petai before? It's just like the big version of peas. haha! I think there's something to do with nutrition. That's why some of the people like it. By the way, petai is not cheap leh...