This well-known shanghai dumpling place has been reviewed numerous times by food bloggers. Apparently, the reviews about the food were consistently good.

I luv the different types of chinese dumplings like wantan, sui kao and xiu long bao (hence the name). By the way, who doesn't?

That nite, I was craving for some juicy meat dumplings so we ended up here for dinner.

Pan Fried Pork Bun (3 at RM8).
Tasted like something between char siew bao (BBQ pork bun) and xiu long bao. The buns were first steamed and then pan fried. 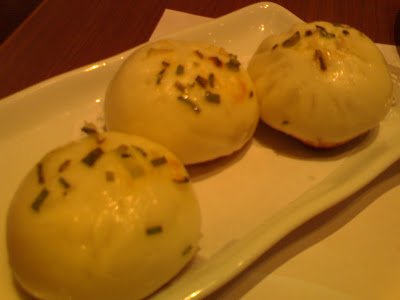 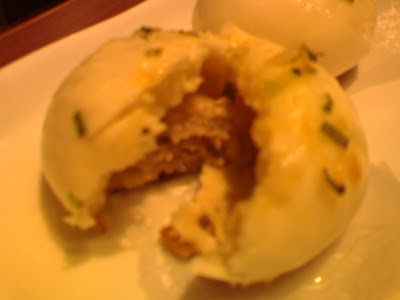 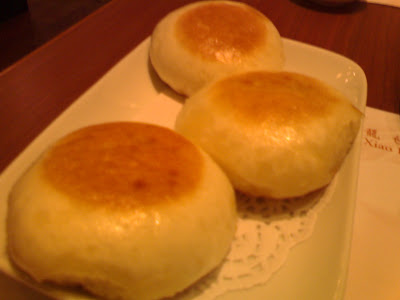 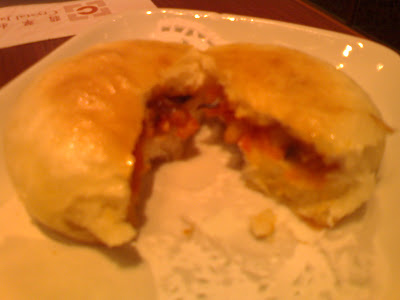 The La Mien (Pull Nudles) were tasty as usual.

Sichuan Style La Mien (RM12)
Springy La Mien that came in spicy and flavourful broth. A good try! We were very pleased with this bowl of nudles :) 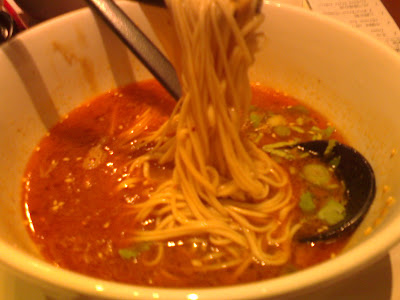 Fried Rice with Prawns, Chicken and Ham (RM16)
Aside from the fact that it is abit greasy, we luv the generous serving of big crunchy prawns, chicken chunks and crispy ham strips. Another very good try from Crystal Jade! 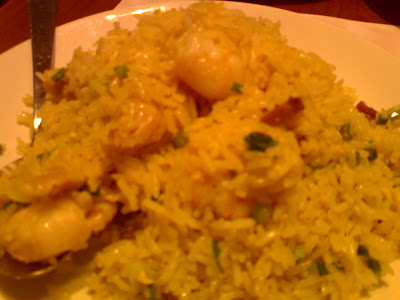 After a heavy meaty meal, what you need is a refereshing bowl of dessert...

My bowl of Almond Beancurd Longan (RM6). The beancurd was really smooth but I hate the weirdo Almond taste @_@ 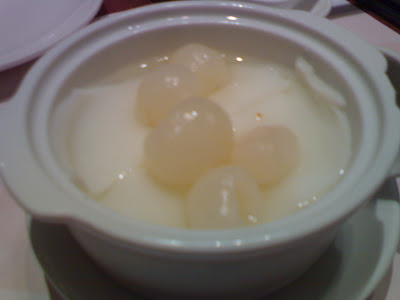 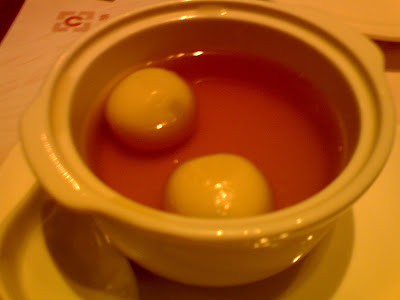 Writing this post makes me crave for dumplings even more, so my next-to-try Shanghai restaurant would be Dragon-i that has been substantially reviewed (or criticised?) by food bloggers.

I would try the rice and the dumplings but not the spicy dish. ( http://kayip.cbox.ws/ )

La Mian! GOOOD! So far i have tasted both of the spicy la mian on the menu n i like 'em.

I Love a good serving of xiu long bao too!

kay: not into spicy food? actually the spicyness level of the sichuan lamien is bearable.

The la mien looks really spicy leh.. looks like should pay them a visit

jason: the sichuan style lamien as reviewed is not dat spicy, if u luv spicy food, go for the one named as 'spicy sumthing (?)' lamien. Yes, u should pay them a visit for some gud nudles, yumz!!!

xiu long bao,
Apart from the bun and the pastry, the other food doesn't look really good to me leh. Fried rice, I can fried. Si chuan la mien, maciam no ingredients to go with. Almond beancurd longan, like you said, the almond tasted weird. Glutinous Dumplings in Ginger Soup looks good but a bit too expensive. Am I too picky? haha!

kok: haha...agree dat i'll go for the special bun n pastry, but the lamien was equally gud! The lamien was plain but the broth was quite appealing wiv spicy n peanuty taste, quite unique actually :)

Hey you know what ... I just did a review on Dragon-i's Xiao Long Bao ... after stumbling across your foodie blog. Your blog name just kinda 'inspired' me to work on that article .... so, thanks !

ya! Wats special bout d la mian is d soup/broth! I likey... but i agree with kok, could have added in more ingredients.... Yummmy

CSB: it tasted gud even w/o other ingredients!

I always wanted to go there for lunch on Sunday after church (very nearby), but most of them are students and they not so keen to spend that much. Pffftttt.... :P

tankiasu: U should persuade them to go!!!Actually the food is not dat expensive i think. A plate of pastry or buns/ dumplings comes in 3 and is only priced at RM6 to RM8 =)

yeah almond drinks smell like cockroah to me..i will not take even one bite eventhough my mum said that it's good for my skin

xiu long bao: Argh.. u made me craving for some spicy noodles... :p

jason: good for u! go for some spicy nudles then :)